This HEX ENTERTAINMENT Showtime piece will remind the readers about the best Pakistani songs of 2019 Unlike the best movies and TV shows of the year, where the release of genuinely good entertainment feels finite, the amount of great, new music in a given year feels endless. It’s just about finding it. So, after deep-diving across release platforms, scouring the charts, looking into the most interesting, emerging names, and returning to classic, fan-favorite artists, we bring you the 15 best songs of 2019,. These 15 tracks are the ones we put on repeat all year because of just how good their beats are, the ones we had some good cries too, and those that somehow sounded unlike anything we had ever heard.

A beautiful ballad with powerful lyrics that’s straight from a broken heart. Composed & sung by Asim Azhar and written by Kunaal Vermaa, “Jo Tu Na Mila” is the massive single on VYRL ORIGINALS.

A love ballad mixed with melancholy and hope, ‘Aaya Na Tu’ captures the emotion of being left behind. The song addresses rejection and pain but most importantly, the undying nature and burden of true love.

Take the spiritual journey of “Bol Hu” with us and let it surprise you. An original by Soch featuring 8 year old Hadia, Bol Hu is a soul searching trance of belief and devotion, braving the test of time as it has within it, the strength of the universe.

Returning to CokeStudio12 in Dhola, Sahir Ali Bagga and Aima Baig celebrate the joy and vulnerability of being in love in a conversation between two companions who have vowed to be give each other their hearts.

Sajjad Ali’s daughter. How can you expect anything less than BRILLIANCE from her? She killed it.

Go down the memory lane with one of the most beloved tracks! Ali Noor presents the Acappella version of Manwa Re with Strepsils Stereo Manwah Re PhirSe

Being Pakistani’s, what makes us really proud is that we’ve got so much talent in the music department that it’s unimaginable. Last year has been great for Pakistani music. Some great singles and cinematic music came to the forefront, strengthening Pakistan’s music industry’s position.

Did we miss out on any of your favourites? Please feel free to let us know in the comments below.
Article By: Talha Khalid (HEX) 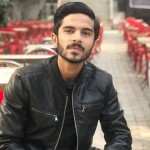